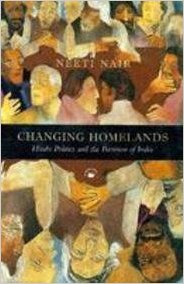 This book introduces us to the idea of Partition in an unconventional way. Problematizing the established view that the Partition of British India (or for that matter partition of the Punjab) was an inevitable outcome of communal politics, the book explores various conflicting meanings of the term ‘partition’, which actually grew out of the intricacies of Punjab politics in the first half of 20th century. More specifically, the author traces an interesting relationship between the making/remaking of various political identities of Punjabi Hindus (especially in relation to the debates on political representation) and those legal-political controversies, which revolved around the question of administrative boundaries of colonial Punjab. The book makes a serious claim that the partition of Punjab should not be seen merely in relation to the ‘known’ politics of the Muslim League; rather, to understand the events of 1947, one needs to look at the complex politics of colonial Punjab, particularly the ideas, beliefs and moves of those Punjabi leaders, who claimed to represent the interests of ‘Hindus’.

The author recognizes the ‘Hindu politics’ of Punjab as a point of reference, in fact quite deliberately, to contextualize the contested ideas of territorial partition. The term ‘Hindu’, which symbolized the religious-cultural affiliations of a sizeable population of Punjab, was turned into an administrative-political category by the colonial authorities. This crucial transformation of a religious category into a political unit, Nair suggests, set the terms of political discourse in Punjab. Hindus, who were recognized as an all India religious majority by the census, were actually a religious minority in undivided Punjab. This was a highly complex political configuration, at least for two reasons.