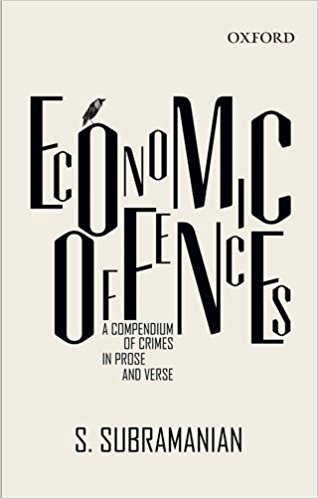 The back page write up on this book reads thus: ‘A compendium in Prose and Verse of Crimes perpetrated after office hours on sundry aspects of economy and society by a lapsed social scientist in the cause of expanding the horizons and shaping the values of young and unpromising scholars.’ A major part of this book was written over the year 2000-01. Many of the ‘perpetrated crimes’ (specifically parts or versions of Chapters 1-6, 9-10, 12 & 22) appeared in The Hindu Sunday Magazine. Economic Offences a collection of 22 pieces is a satirical social commentary on contemporary India (‘India Shining’ or ‘India Rising’, as the case may be) employing parody for ventilating numerous ‘dissatisfactions’ with the world around, but with just one end in view: that the young recipient minds, may, with an unique combination of intelligence and morality learn to comprehend, cope, overcome and eventually succeed in life. Amen!