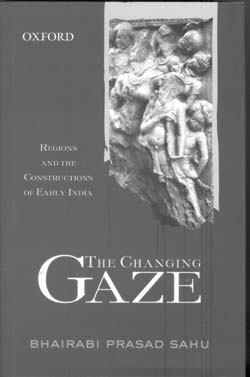 I begin with a quote from B.D.Chattopadhyaya, ‘The volume makes a point that the pan-Indian patterns of civilization and historical processes may be best understood from their intersections with how these patterns shape and get reshaped in the context of regions’. Indeed The Changing Gaze, Regions and the Constructions of Early India by Bhairabi Prasad Sahu succeeds very well in grounding regional trends in broad historical processes. This is a collection of twelve essays published between 1996 and 2011 and some others presented at seminars and conferences during 2007-11. Thus the work based on more than two decades of sustained research and now being put together, provides fresh insights into the historical processes that went into the making of regions. There is quite a neat division relating to the focus of the essays. While one half concentrates on the processes of historical transformations in early and early medieval India, the other half deals at length with the present state of Orissa and Chhattisgarh.