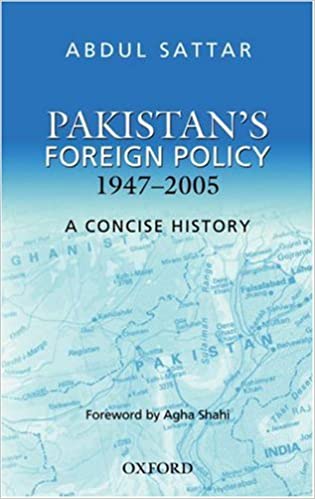 Pakistan has often been referred to as a paradox and one of its more perceptive commentators, Shafqat Ali Shah, a former Federal Minister observed that ‘Pakistan and Pakistanis generally defy logic’. This  abiding characteristic can be interpreted in many ways but it does come to mind when reflecting over Abdul Sattar’s recall of  Pakistan’s foreign policy.  In a book of 329 pages,  various aspects of Pakistan’s history and the foreign policy challenges that the leadership has had to contend with are detailed. The author earnestly introduces this as ‘a plain narrative, faithfully recalling the facts’.  Yet, the Clinton visit of March 2000 which was a major punctuation in the turbulent trajectory of US-Pakistan relations gets one passing line and more intriguingly, despite the overbearing influence that the Pak military has wielded over national policies,  not once is the acronym  ISI (Inter Service Intelligence) even  mentioned. Surely this must count as one more instance of  ’faith’ and fidelity to facts defying logic!

Greater the pity for the author is a veteran Pakistani diplomat who rose to be Foreign Minister of his country on two occasions—for a brief three months in mid-1993 and subsequently for three years under General Musharraf.