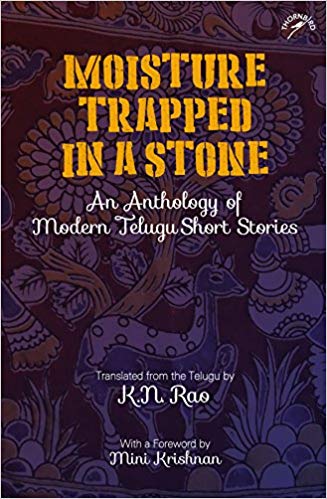 The problem with a multicultural and multilingual nation like India is that most of the time we are alien to the works published in the different bhasha literatures other than our own mother tongue. Thus the link language becomes English and the only way to savour the rich heritage of our regional fiction is through translation. A vibrant interest in publishing translated works originally written in different regional languages has in recent times taken the Indian publishing world by storm. The volume under review is a collection of twenty-eight short stories by writers of Telugu fiction who have carved a niche for themselves in the annals of Indian literature, comprising eight male and nine female writers, stalwarts of yesteryears as well as contemporary ones who have contributed to the development of Telugu literature substantially. Even though they are situated within the perimeters of Telugu culture and lifestyle, their stories also address issues of national relevance which any non-Telugu reader can also appreciate.

The twenty-eight stories included here depict wide ranging issues from feudalistic prejudices to present-day problems involving race, caste, religion, political ideologies, the village and city divide and family relationships. Vasundhara’s ‘Her Very Own Rubicon’ portrays a conservative and traditional grandmother who ‘drew a line of demarcation and created a Rubicon, her very own, ready to punish one who dares to cross it but kind, loving, generous, ready to give away her possessions to anyone in need’ is very Indian and anyone can identify her with his or her own grandmother. Kolipaka Ramamani’s interesting story ‘Jasmine on a Lattice’ written in an epistolary form talks about a woman’s grief over the death of a plant. In ‘Wait Until Tomorrow’, the protagonist Ramanayya is shown running away from his numerous debtors till he escapes permanently by committing suicide but is cautious enough to ensure that his wife survives with dignity in his absence. ‘The Cover’ by Mohammad Khadeer Babu is a touching tale of a Muslim family that moves from the district to the Old City in Hyderabad to pursue their dream of upward mobility in life. When that dream gets shattered with the man’s death, the two unmarried daughters who eagerly wait to find a groom and in the end the young son Samad, who quits engineering school midway to leave the house forever, unable to repay the loan taken for his education, are so typically Indian that it can be savoured by everyone alike. In another story entitled ‘Management’, a man is portrayed to be steeped in poverty and debt and unable to provide for his huge family of eight children, plays the mridangam to console himself by thinking he is Lord Shiva himself.