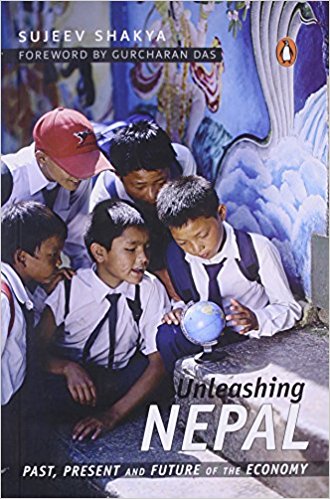 Nepal’s crises—political, economic, social, cultural—seem to be without end, and nowhere is the sense of despair more acute
than among Nepal’s thinking elite. It should therefore be a matter of some considerable interest to all Nepal watchers that this book, written by one with sound businessman-economist credentials, should assert with such emphatic conviction that there still is a good case scenario for this beleaguered former Hindu kingdom, now a secular federal republic.

Sujeev Shakya, a chartered accountant by profession, acquired his management qualifications in the US and went on to be a successful business leader, including as head of the Soaltee Group, and of the Bhote Khoshi hydropower project, Nepal’s first private sector endeavour in this sector. Under the non de plume Arthabeed, he has in recent years also gained a wide popular following through his fortnightly economic column for the highly respected and influential Nepali Times.

Shakya says he was inspired by Gurcharan Das’s India Unbound, and this comes across, even through his undoubtedly original and well researched thesis. Unleashing Nepal is a commendable, lucidly articulated, persuasive and—in the end—an optimist’s analysis of Nepal’s past, present and future through an economist’s prism. It offers a clinical Nepali introspection as to why Nepal is in such a mess and what needs to be done in order to enable it to achieve its full potential; to the ‘unleashing’ of Nepal in a few years.