Of an Age Gone By 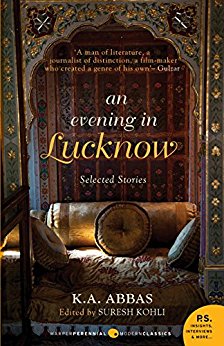 Reading the short stories of Khwaja Ahmad Abbas in the India of today-the emerging, global economy of enviable GDP growth, free market enterprise, bustling shopping malls-is a sobering exercise. They remind one of another India, the black and white India of the early Nehruvian years when the idealism of nation-building was more in evidence though often found bleeding on the jagged edges of poverty and deprivation, resistant feudalism, inequalities and the divides of caste and religion. It was a time when socialism was not a derided philosophy and when normal households regularly read journals called Current and Blitz. That was a time when you got bought only one type of Bata leather shoes for school and home alike and one type of ‘fleet’ shoes no matter what game you played. If you were lucky, the family had one Fiat car which would last the owner’s lifetime, a precious Kelvinator fridge and a wonder called a pressure cooker. There were five-year plans, Films Division documentaries, large dams, ration shops and long waits for the big black telephone.

Not to say that this other india, at least in its essence, has vanished; it exists, and is somewhat patronizingly referred to by stylish TV anchors as ‘Bharat’. But it certainly does not have centre stage in our consciousness or in our writing today. And one wonders where Abbas, who wrote for the last page of Blitz for a straight forty years, would have published today and whether his stories would have been dismissed as being ‘so aam aadmi.’