Of a Moral Exemplar of Our Times 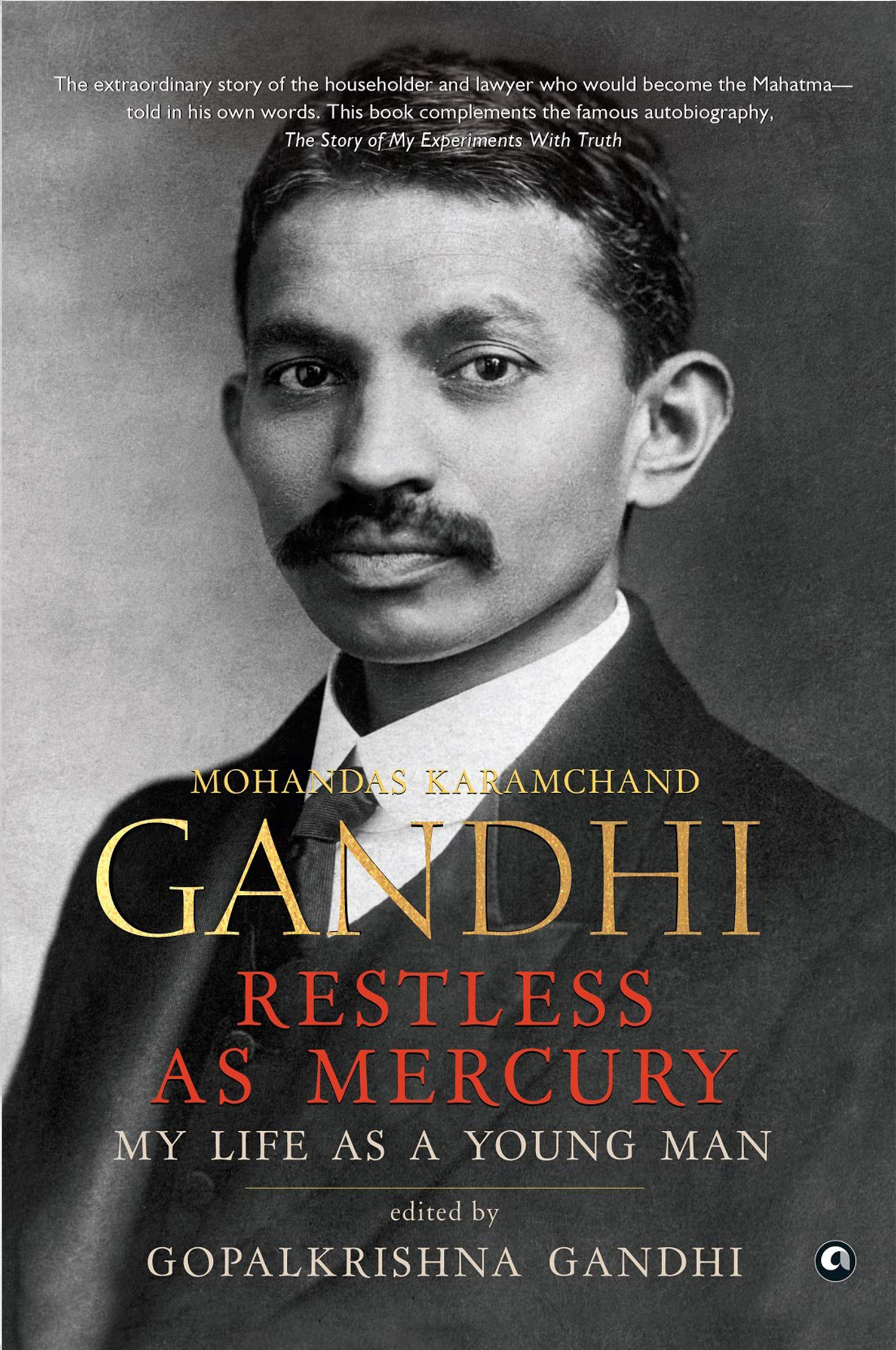 Complementing Gandhi’s famous autobiography and structured as an inter-woven narrative, Restless as Mercury: My Life as a Young Man, an edited life story, is a monumental endeavour, and an experiment in creating a new genre. The book is both deeply illuminating and challenging. In his Preface to the volume, the editor, also the Mahatma’s grandson, reflects: ‘a story as first told is not a story, it is reality’ which ‘has the ring of truth’ and is ‘the original footage’ even if uneven or jerky. He therefore concludes:Gandhi’s life story in his own words and those of his contemporaries who quote him is heard best when heard directly. It is the organic truth. This book is not Experiments with Truth taken further afield, nor is it a foil to the many remarkable biographies of him. It threads Experiments into other autobiographical texts including, somewhat unprecedentedly, what he wrote within the fold of his family he so loved but did not privilege.

In order to retain the original voice, tenor and ‘the ring of truth’, the editor mines five principal sources which narrate Gandhi’s life-experiences. These are as follows: Gandhi’s own profuse writings running into thousands of pages across the nearly hundred volumes of the Collected Works of Mahatma Gandhi. These writings are a testimony to his constant and total immersion in public action, political mobilization and public service; through and between the countless addresses, speeches, letters and other writings, they also reveal autobiographical and familial preoccupations.