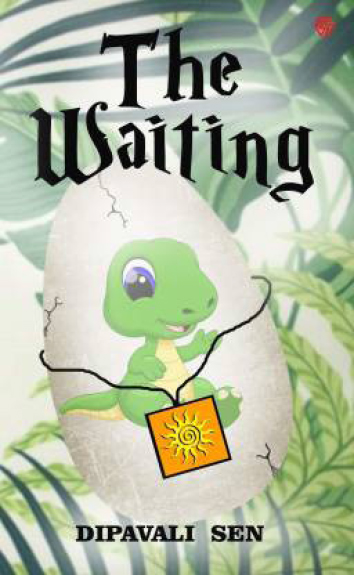 The Waiting may seem like a simple book, but it is pretty complex with multiple stories surrounding the main character, Anit, and his friends–Bimal, Chandan, and Deeksha, also known as the ABCD gang in the book.
Dipavali Sen talks about bullying/ragging and connects it with mythology, magic, historical research, scientific experiment, contemporary attitudes, and mystical practices.

The Waiting is an adventure book. It starts with Anit’s story of shifting to a new house, a new school, and how he is bullied there as a new boy. Even though he is irritated and frustrated, he does not tell his parents about the ordeals of the ragging he faced. Being an the only child, he understands all the hardships his parents had gone through to buy a house for themselves. But he accepts help from a stranger for the same. That stranger introduces himself as a magician and links his magic to mythology to help Anit fight his bullies. When he is able to protect himself from his bullies, they want to become his friends, for they feel Anit is strong and worthy of their friendship.

The story slowly progresses to the school principal’s farewell and how no one likes him because he is very strict. Even on his last day, the principal was humiliated by the gift given to him, yet he maintains his calm and does not say a word. This particular incident shows his growth as a person and teaches everyone how important it is to be a bigger person, to be kind, in this cruel world.
The author then talks about Anit’s relationship with his neighbour, Mr. Nath. Even though his friends don’t like it that he spends his time with Mr. Nath, Anit knows better. His values and morals make him help Mr. Nath by reading newspaper headlines for him every Sunday.