No Place for the Poor 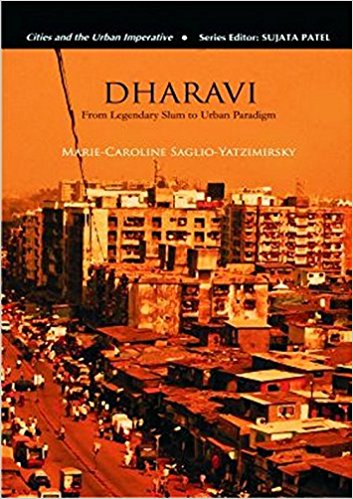 No Place for the Poor
Kalpana Sharma
DHARAVI: FROM MEGA-SLUM TO URBAN PARADIGM by Marie-Caroline Saglio-Yatzimirsky Routledge Taylor and Francis Group, 2013, 379 pp., 995
October 2013, volume 37, No 10

So much has been written about Mumbai’s Dharavi—the ‘slum’, the ‘city’, the ‘urban settlement’. Books, articles, feature films, documentaries—an idea of Dharavi has emerged through multiple sources. Its illegality, its dirt, its poverty and its violence all provide grist for the media mill. At the same time the entrepreneurial spirit of its denizens and their resilience is also celebrated.

Yet, after all this do we really know Dharavi or do these broad overviews overlook characteristics that we can only understand if we look at places and people in much greater detail. We know from existing literature that although Dharavi is a ‘slum’, it is unlike other slums in Mumbai. We know that it is virtually a ‘little India’ given the mix of languages, religions and castes that comprise its population. We know it is productive and contributes to the city’s economy. But if you start asking questions about any one group of people living in Dharavi, you find that there are multiple layers of information still waiting to be mined. Indeed, as this reviewer also noted when she wrote on Dharavi a decade back, there are many books to be written about each of the communities and groups of Dharavi.