New Perspectives On Taming The Waters 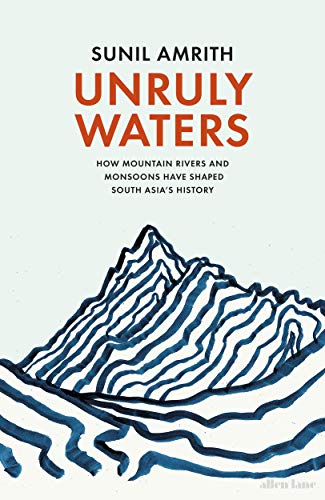 The path to the creation of civilization has presented humans with a variety of challenges. None has been more enduring than nature itself. A battle with the elements has featured through the history of the evolution of human beings. The idea of the conquest of nature, though not entirely novel, has been pushed forward rapaciously in more recent times. Quite aside from the terrible irony of the fact that ‘putting nature in its place’ can have undesirable and destructive consequences, especially in the long run, the story of the short and medium run is the story of the course that history takes while humans attempt the impossible.

It is in this spirit that the reader must approach Unruly Waters, historian Sunil Amrith’s panoramic understanding of how one of the elements—water—has influenced the history of South Asia. Amrith has previously authored Crossing the Bay of Bengal, a book that grants ocean systems their rightful place in the study of history. The book under review continues to expand on the theme. A state-centric understanding is present but not necessarily privileged in the author’s account, giving room to people and nature and allowing for a fuller, more vibrant insight into our society.

The book begins with a brief account of the centrality of water resources for the various empires that ruled the South Asian subcontinent through the medieval period. Power struggles that marked the demise of the Mughal Empire and the establishment of British Colonial rule placed water administration on the backburner. The colonial government slowly gained control over its subjects, and the task of extraction of resources began in earnest. Maximizing the utility of water was critical for the smooth functioning of both agrarian and the budding industrial procurement web. Individual administrators, some of whom were sympathetic to the local population, initiated the development of a modern canal irrigation network for agriculture developing upon older, preexisting networks as a means of ensuring drought resilience in an arid region with uncertainty about rains. Ports came into sharp focus, and so did shipping companies. The decision to lay down a railway network relegated waterway navigation to a state of relative insignificance, though the latter was cheaper and used the knowledge of local people. However, the railways were never a replacement for waterways, and depended upon the assistance of waterway engineers, for instance, in the case of bridge building.