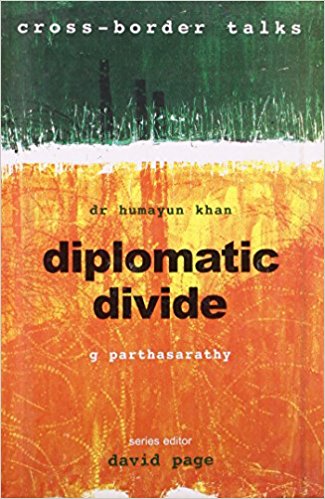 Diplomatic Divide co-authored by two eminent diplomats of India and Pakistan, in a mere 138 pages, brings out in a very readable form, numerous anecdotes, incidents and behind the scene activities which has also influenced, even if momentarily, the crucial phases of India’s relationship with Pakistan. Readers get a glimpse of the sensitive nature of a diplomat’s role, from the narration, particularly in evolving and managing the relationship between two countries which have deep-seated suspicion about each other’s intentions. While the objective of both the diplomats was the same, namely, to improve Indo-Pak relations while safeguarding their respective country’s interests, they worked in two very differing settings. While the world witnessed the end of the Cold War, the liberalization of world trade, the growth of fundamentalism and a revolution in communications, the Indo-Pak relations continued to be dominated by the unresolved dispute over Kashmir, the growth of military spending, moves towards nuclearization and the perpetuation of what one of the authors describes as an ‘adversarial psychosis’.