Narratives of Violence Against Women 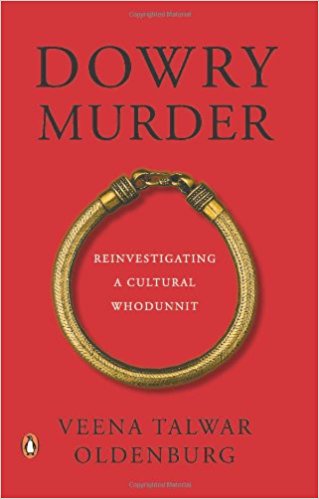 Dowry and its implications on women have perhaps been most discussed and debated when it comes to womens issues in India, so much so that the word dowry itself is almost synonymous with womens oppression. It therefore leaves one wondering what another book on dowry might have to say. The subtitle reveals that the present work is a reinvestigation of the whole debate surrounding dowry and the condemnation faced by this social custom because of the number of women supposedly dying as a result of it. Although one might indict the author Veena Talwar Oldenburg of endorsing dowry and its murderous intent, a careful reading of the book proves otherwise. There is no mistaking that Oldenburg tries to absolve dowry (in its most basic form) as a prime reason for women being killed, through an investigation into the history of the custom in India particularly that of the colonial period. But what is of more interest here is the fact that by doing so she tries to point to the fact that women were and are being killed for reasons much more serious than what some scholars would have us believe and that requires serious investigation. This is the underlying subtext suggested throughout the book.

The trajectory that the book follows starts from the present going to the past and coming back to the present. The work does not qualify completely as historical because it is interspersed and rightly so, with the authors own personal experiences as well as first-hand accounts of many women who had suffered in their marital homes due to dowry demands. Yet it is to history particularly of the colonial period that the author looks for answers to some of the questions that intrigue her. Acknowledging that there have perhaps been as many explanations and analyses related to the dowry problem as there has been actual incidence of it she states that none has sufficiently explained why or since when this practice started and spread to this monstrous proportion. What she encounters are only contradcitory explanations from archival and contemporary sourcesthe former blaming Hindu culture, while the latter comprising activists and the media blaming western values. Armed with many questions Oldenburg embarks on this long and arduous journey into history trying to determine how and why dowry came to be associated with violence against women of the most gruesome kind euphemistically termed bride burning in most newspaper reports.