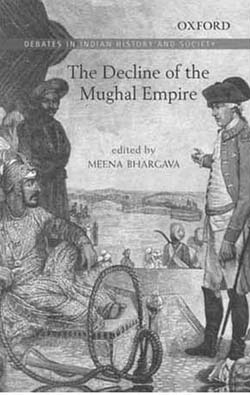 This book is a very useful summary of the recent debates on the decline of the Mughal Empire. Essays that mark key interventions on the issue of imperial crisis are compiled to create a narrative of decline that takes note of the various shifts in the historiography of understanding the demise of the Mughals. The interesting spread of essays is introduced to the reader with a thoughtful introduction written by one of the finest teachers of medieval Indian history in the city—Meena Bhargava. She surveys the ideas of decline from the British colonial writers to India’s nationalist historians. And draws interesting connections between the Marxist interpretations of decline and those of British administrative scholars like W.H. Moreland. The significant shift to regional histories and perspective on decline constitutes an important part of the book that ends with revisionist perspectives of the eighteenth century that throw fresh light on imperial crisis.