Myths And Realities Of British Colonial Rule In The Indian Hills 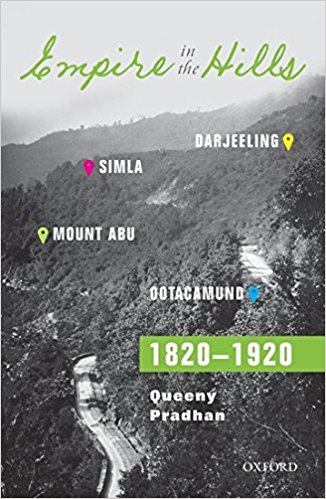 Apologists for British colonial rule often claim that the Raj mainly brought democracy, the rule of law and trains to India. In her scholarly work about some of the best known hill stations on the subcontinent during the British colonial period, Queeny Pradhan provides us with another side to the story. She clearly shows that the Raj in India was an exercise in land appropriation, in the hegemonic domination of local colonized people, and in reordering of the natural space for the exclusive needs of the conquerors. Here colonialism is portrayed as machinery designed for subjugation and run according to money-greedy and self-important ‘civilized’ European values. Throughout Pradhan’s book, colonists and the colonized stand as two irreducible groups, opposing each other in nearly all matters and divided by clear-cut boundaries and etiquette. The former looks at the latter with a profound sense of superiority, if not racism, even if some colonists may have had a different attitude and have in fact maintained close contact with local people.