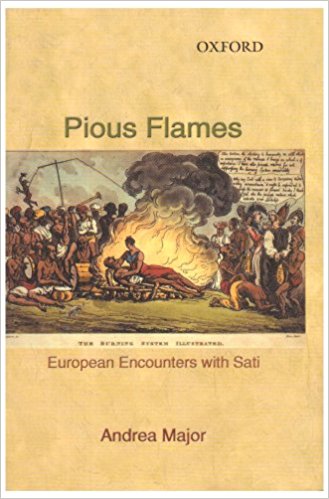 It is not often, I imagine, that a subject is able to draw forth two landmark produc- tions in fairly quick succession. Happily, this indeed has been the case with ‘sati’ and particularly, modern readings thereof. In 1998, interested readers woke up to a startlingly new thesis in Lata Mani’s Contentious Traditions* that took the issue out of its standard, unproblematized ‘social reform’ framework and placed it in the arena of contestations. Sati, in Lata Mani’s understanding, was the fulcrum on which a redefinition of Indian tradition itself rested. It was, equally, an issue around which boundaries of legitimate state intervention had to be redrawn or the parameters of colonial control renegotiated. However, this thesis, though widely acclaimed, also apparently had its critics—almost at its inception, one might say, for, I noticed that research for the present work that departs so significantly from that of Lata Mani, was begun by 1999, i.e barely a year later.