Muslim Culture in the Last Century 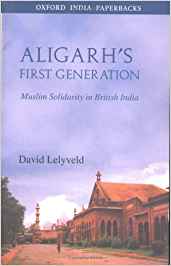 The undivided Bengal with its Muslim majority had a Muslim problem which was not exactly the same as the Muslim problem of another Muslim majority province of the pre-Partition days, the Punjab; in fact, the Punjab’s was more a problem of the sense of insecurity felt by its Hindus. The largely coastal presi­dencies of Bombay (which then included Sind and also Kutch) and Madras (inclu­ding Malabar district), far removed from the Hindi- Urdu- Hindustani heart­land of the country, had pockets in which they had their own Muslim problems. But what became the all-India Muslim prob­lem resulting in the Partition of the sub­continent was really the problem of the Muslim elite of the Hindi-Urdu-Hindus­tani areas consisting of Delhi, U.P., Bihar and parts of the then C.P., and the prob­lem persists even after the Partition. By giving an account of the evolution of this elite out of the higher formations of the social set-up under the last Moghuls, David Lelyve1d has provided new insights for the better appreciation of the psychological and cultural factors behind the Muslim problem.