Murders in a Bedroom 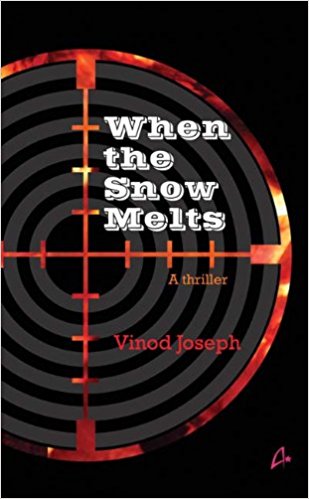 Vinod Joseph writes well, with a crisp, clear, no nonsense style. He writes with a bravado, typical of the new generation of young writers, who don’t need publicity to feel that they can succeed. The novel is a thriller, where the protagonist, a man called Ritwick is an espionage agent, who is, (like penny pulp fiction writers intend,) immediately accessible to the imagination. He is always dressed simply, picked up by Al Qaeda thugs, interrogated by them quite dreadfully and then plays his double hand of professional treachery in espionage, which has fortuitously, all the terrorists killed or imprisoned by the end of the book. But the key protagonists are also a mixed bunch, so Al Qaeda is only one aspect of the group, among them are the Taliban and the ISI, where Pakistan’s diplomatic moves are hindered by the working of this dissolute Indian agent working for the British, who is kept from drinking his Old Monk whiskey for two weeks while in confinement. Since protagonist and author are not to be confused, the prose is lucid, and the author is able to bring to us the complex fictional sense of being an Indian in UK, where working for Intelligence Assesment Group (IAG) in London provides him with a gut sense of manoeuvring murderers in a bedroom, with his own guile and spittle. Of course, there is a woman from Lahore, in a burkha, whom the agent falls in love with, but that too is part of the plot which cannot be given away, as the fast pace of the thriller depends on the smug quality of foreknowledge which the author has, and the reader does not.