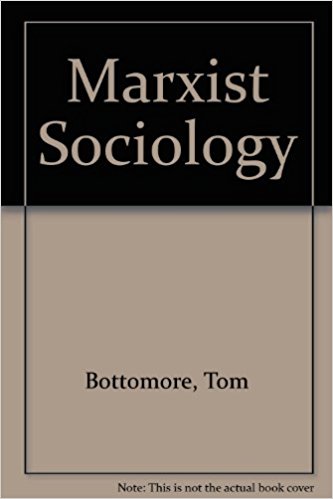 Marxism has been described by one of its lead­ing contemporary critics as ‘equivocal and inexhaustible’. Generations of scholars, with varying degrees of seriousness and sympathy, have argued about what Marx really meant, and yet the issue is far from settled. Discussions of Marxism raise questions not only about truth and error but also about good and evil intention. Professor Botto­more’s little booklet, though written with a broad sympathy for the Marxist point of view, will proba­bly not endear him to many committed Marxists.

Until fairly recently Anglo-American sociology remained relatively untouched by Marxist thought. If this is no longer the case, some credit is due to Professor Bottomore who, along with Maximilien Rubel, brought out exactly twenty years ago, a selection of Marx’s writings in sociology and social philosophy. For all this, the present venture is a little disappointing, The book is really an extend­ed essay. The presentation is sketchy, many argu­ments are introduced, but few are carried through to any conclusion. One occasionally gets the im­pression of a certain diffidence in formulating what would appear to be the reasonable conclusion of an argument.