Made Of Musical Bones 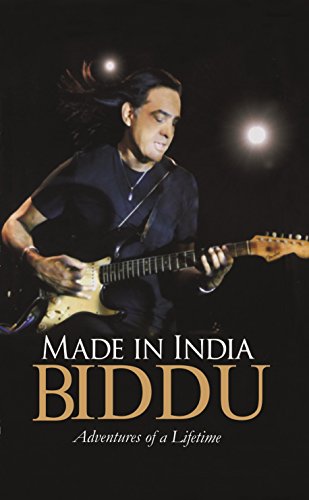 Awanderer, a nomad, a traveller, constantly in search of an elusive musical victory. The sense one gets in Biddus book is all this and more. Born to a modest Bangalore based family, Biddus dreams are fashioned by the rarely heard western musical influences of the time, the remnants of staticrid melodies he would hear over the radio of early 60s India. In the radiorelayed cacophony would be present the gene that defined a nearlifelong and overriding desire to escape the anonymity of simple India, backward India even, and make it to a Utopian land of music. Ambitious, if not very well informed. Persevering, if somewhat unrehearsed. Impulsive, like the beats of his music. Biddu had the makings of one truly legitimate global music star from this archaic Indian landscape; and the book recounts this fascinating journey, from spiritual and musical obscurity, to worldwide acclaim and fruition.

One wouldnt be entirely to blame for assuming this may be some ordinarily written account of a wannabe rockstar; for thats perhaps the impression most people have of Biddu. But read it to dispel all those notions, or read it for no reason at all; Biddu enchants and surprises, not just with a dexterity of language, but also of wit, sarcasm, and the ability to laugh at himself. What the Kung Fu fighting composer also furnishes in the process is the portrait of an altogether simpler time. A time where people were trusting. A naive period when the world was largely at peace, and people were kind and helpful, even to strangers. Biddus worldview, and indeed his own selfconcept were born off these idealistic beliefs. His rising popularity at a performing center in Bangalore convinced him that he was destined for global musical glory. Armed with selfconfidence and two partners in crime, Biddu leaves for greener pastures and lands in alternative timespells to helm the pop music scene of a backward Indias fashionable cultural capitalsCalcutta and Mumbai. Playing cover songs of the Beatles and such contemporary legends, acclaim comes quickly to the three Trojans; but his naivety keeps him bereft of commensurate financial gain. No matter, the tall and proud man presses on, and lands himself a way out of the country at long last.