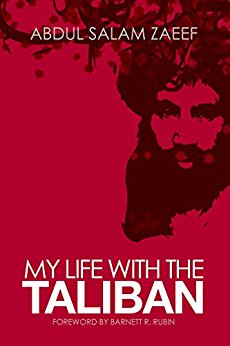 Ten years after the invasion of Afghanistan, the countdown for the American withdrawal has formally begun. The United States President, Barack Obama, has announced that 10,000 American troops will leave Afghanistan by the end of this year and another 23,000 by the summer of 2012. Over the next two years, US forces will transition from combat to support role by handing over responsibility to the Afghan National Security Forces. By mid-2014 this transition will be completed. The insurgency, however, is far from being defeated. It is widely acknowledged that the American withdrawal will have to be accompanied by a political settlement. Such a settlement will involve negotiations with, and eventually accommodation of, the Taliban. In the last couple of years, there has been discussion about how such an arrangement can be worked out. For the Taliban leadership has repeatedly stated that an American withdrawal from Afghanistan was a prerequisite for any political dialogue with Kabul. Many analysts and observers have argued that it is possible to negotiate a political pact with the Taliban.

The Taliban, they claim, is not a monolithic entity. At least two models of the Taliban organization have been advanced. The first makes a distinction between moderate and extremist Taliban. The former apparently advocate severing ties with Al Qaeda and negotiations with the Afghan government without preconditions. The latter are uncompromising on both fronts. The second model is a three-tier view of the Taliban. At the apex is the top leadership comprising Mullah Mohammed Omar and his closest associates—an entity now known as the ‘Quetta Shura’, after the town in Pakistan where they are reportedly based. The second tier consists of regional commanders who are fighting in Afghanistan and acting with increasing independence from the Quetta Shura. And at the bottom are the fighting cadres, most of whom are apparently in the battle simply for the money.