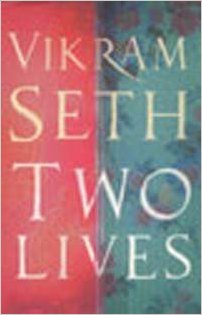 Perhaps the most pertinent question one can ask about a memoir is whether the author has made the person or period s/he wishes to evoke relevant to readers. In Two Lives the persons concerned are Vikram Seth’s maternal granduncle Shanti and his German-Jewish wife Henny who met in Berlin when Shanti boarded as a student at her home, and later met again and married in England. They were the reason Vikram’s mother, initially reluctant to let him go to England on his own, (“sex, drugs and general dissipation were what she feared”) finally agreed that he do his O-levels there. In the years that followed, the author developed a close bond with both of them. This, despite the fact that Henny, (quite sensibly!) had “no time for clan commitments in the Indian style…..Whenever my parents called, she would open the door, survey the visitors standing on the top step and shout out, in a view-halloo sort of voice, ‘Shanti, your relations are here.’”