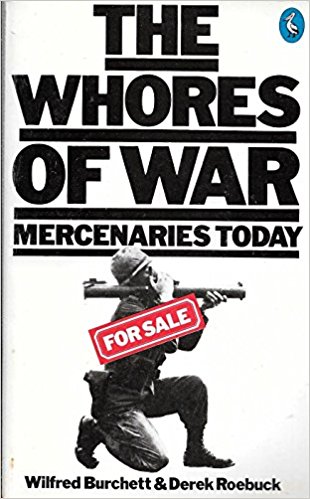 In the spring and early summer of last year, British newspapers and tele­vision repeatedly covered the subject of the recruitment of mercenaries in the United Kingdom; but even if you were a regular reader or viewer, you could not always be certain of just what slant was being given to the subject. The reporting adopted a titillating, invasion­ of-privacy approach that attracts an audience; it failed entirely, or perhaps did not even try, to expose the sinister implications of a new, undercover system of ‘interventionism’ being organized by western Intelligence Agencies to support racist or rightist forces in Africa and elsewhere, even while their governments were professing sympathy for the demo­cratic aspirations of the people.

As for the Luanda trial, held by the Ministry of Justice of the People’s Republic of Angola and attended by the world’s press and an eminent Inter­national Commission of Inquiry on Mercenaries, the legality, solemnity and dignity of the court and the scrupulous fairness of the proceedings were nowhere highlighted.

Even the heinousness of the crimes committed by psychopaths such as Callan—against both Africans and his own people—seemed to have been overshadowed by the dramatic appeals for mercy sent out by the Prime Minister, the Queen and others when the criminals were eventually sentenced by the court.

It is for this reason that the present book, an investigative expose of the sordid roles played by the American and British establishments in master-minding and organizing the pipeline for mercen­aries, acquires importance as a political document. The authors have tried to break through a conspiracy of silence and to alert the world on how the export of mercenaries is being organized by western governments, without the know­ledge of their electorates, to carry out military operations in support of their interest in the Third World. What ‘Mad Mike’ Hoare began as a private enterprise in Katanga fifteen years ago has today been taken on by the United States, the United Kingdom and other western countries as official, clandestine policy to further their real aims in countries such as Namibia, Rhodesia, the Lebanon and the Gulf Emirates.

Burchett is a veteran war corres­pondent from Australia, who fell foul of his government because of his views on the wars in Korea and Vietnam. He now lives in Paris and has written a number of books on the Asian scene. Because of the legal niceties involved in the trial of the mercenaries in Luanda, he teamed up with a young English professor of law (and an author in his own right) for the purpose of exposing the enormity of the mercenary ‘move­ment’, only a small part of which came to light when the Angolans insisted on holding the internationalized trial in Luanda.

The book makes compulsive reading. Despite the obvious crusading (and at times emotional) zeal with which the expose is recorded, it is based on investi­gated facts and supported by authoritative newspaper reports and official docu­mentary excerpts which establish credi­bility from the very start. It certainly succeeds in focusing attention on the insidious, anti-progressive potential of ‘Mercenaries International’, the under­cover movement to further western interests in the developing world, particularly Africa.

The book contains two major flaws, at least one of which could have been avoided. Both the title of the volume and the treatment of the subject serve to highlight the mercenaries themselves, the ‘whores’, rather than the ‘pimps’, the agencies—both private and official—­who recruit them. Indeed, the authors do make repeated apologies for the choice of the title: one wonders why they never got around to changing it.

The greater part of the book is taken up with the recruitment of a handful of men in Britain, the drop-outs and the dregs of British society, by slick and self-seeking operators cashing in on the fringes of the phenomenon. Shabbiness and incompetence are the recurring leit-motifs, from the time the mercenaries are recruited, sent through an impromptu pipeline to Brussels, and thence to their ‘operational roles’ with the Zaire­ backed F.N.L.A. (National Front for the Liberation of Angola) in the northern corner of Angola. Their utter incompe­tence and bungling, their ludicrous efforts to stem the M.P.L.A. (Popular Move­ment for the Liberation of Angola) advance and the ignominy of their failure almost lend a comic opera tinge to the narrative. Only the psycopathic murders and the law-of-the-jungle sequences—which are in stark contrast to the humane and professional conduct of the M.P.L.A.—save us from the impression that the best thing that could have happened to the M.P.L.A. was to have had this bunch of seedy scallywags sent to fight against them.

Mercenaries in other theatres—for example, those who fought with the U.N.I.T.A. (National Union for the Total Independence of Angola) in southern Angola and those now playing roles in anti-guerilla operations in Rhodesia—are the real professionals. Recruited through established agencies, often supported by the C.I.A., the Pentagon, Britain’s M.1. 6 or French Intelligence, these are the ones this book is really all about. It is their operations that establish the sinister links between Rhodesian and South African authorities and the governments of the western world. The authors do cover these rightist and racialist links but are obviously short on details. It is a pity that the prominence given to the force in North Angola unbalances the treatment, fortunately, however, without detracting from the message and the warning.

D.K. Palit is Military correspondent for The Hindustan Times.