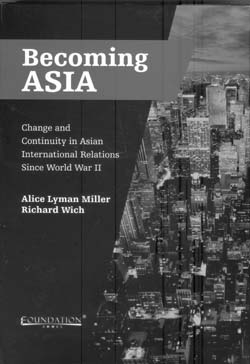 Alice Lyman Miller and Richard Wich both of whom have been lecturing for several years on Asian international relations at various American universities have done yeoman’s service to the field of international relations by publishing this masterly account of Asia since the Second World War. Miller and Wich have in a comprehensive manner captured the growth of the region from a geographical expression at the end of the World War II to a region which is seen as a global power center in its own right.

As pointed out by the authors, (pp. 2-7) there are two simultaneous and interweaving narratives through the course of the book. The first is the Cold War competition between the United States and the Soviet Union to enlist the support of the region’s countries into their respective blocs. The second narrative is the rising nationalism resulting in the establishment of independent nation-states in the region.