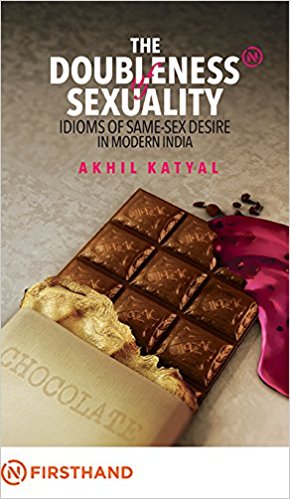 Akhil Katyal deals with a subject that has been researched upon recently. Bringing socio-psychological identi-ties and religious identities together in the same research needs courage, especially in the contemporary political ambience in the country. The blurb hints at certain exciting debates, Katyal unveils much more than that.

The Introduction describes the inter-sectionality of socio-psychological, socio-cultural and socio-political identities. The historicity of terminologies for same-sex identities has been explained well, with reference to several theorists. Interestingly, Katyal uses his own idiomatic terms to specify subtle differences of same-sex desires, for example, a few explicit sexual idioms, a few ‘civil’ idioms, legal idioms, and virtual idioms. He intersects these idioms with the prevailing trends and contemporary queer activism. The intersections are filled with literary authors to social scientists, critiques to activists, for instance, Chugtai to Chevers, Maya Sharma to Dave, he includes them all. The contribution of queer collective, ‘the Nigah’ has also been mentioned in detail.