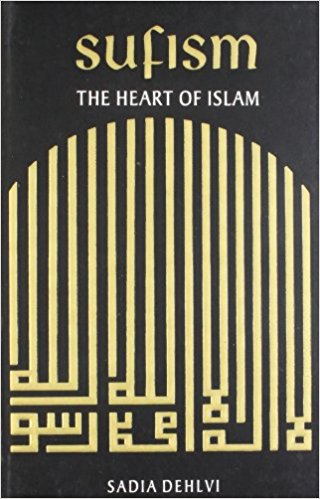 Several years ago when I was still a green, young and aspiring editor, Ravi Dayal, then editorial head of the Oxford University Press, gave me my first book to edit. It was a study of the dargah—and indeed the life—of Moinuddin Chisti of Ajmer. I was fascinated by the detailed and lucid account of the faith and belief that yearly brings millions to the shrine, particularly during the Urs of the saint, and with the stories of the thousands of people of all faiths who went there. And I learnt, for the first time, of the somewhat ambivalent relationship between orthodox Islam and Sufism, about the problems posed by the concept of sainthood, and yet of the thousands whose faith in such saints was unshakeable, particularly because they saw them as being located squarely within Islam. This is also what Sadia Dehlvi describes in her book Sufism: The Heart of Islam. For her, without religion, there can be no faith, and it is only by being solidly rooted in religion that people can afford to fly and seek other pastures.

As she so succinctly puts it, there would be no Zen without Buddhism, no Vedanta without Hinduism. So Sufism, the faith she chooses to focus on, is for her not outside of Islam, but squarely within it. On the face of it, Dehlvi is an unlikely exponent of Sufism. For long seen as a journalist and a socialite—both as part of the family that produced the well-known Urdu magazine Shama, and in her own right as the woman who ran the popular Al Kausar eateries and someone who made what at that time was seen as a somewhat controversial marriage—and then as part of a family that fell on bad times (they were forced to sell their palatial house in Delhi and move towards a more modest life), Dehlvi comes to Sufism partly because of this history. With considerable candour she recounts the story of her family and its failing fortunes, she speaks of the depression she fell into following on this, and how she found relief and succour in religion. Not that religion had been absent from her life—belief informed (and continues to do so) many of her actions, and was particularly strengthened when her prayers to be able to have a child were answered after a visit to the dargah of Moinuddin Chisti in Ajmer.

Once Dehlvi decided to focus on Sufism, she did what the interested and passionate scholar normally does, she began to read everything she could find on the subject. And it was through this reading that she arrived at the conclusion that Sufism is not something external to, and therefore disapproved of, by Islam. Rather, for her, Sufism (and she is angry at the belittling of this deep faith that is so common in modern-day India, turning it into sometimes a kind of music, at others, as she says, a mere attitude!) is something that lies at the very heart of Islam (hence the title of the book) and having established this, she proceeds to explain it in more detail.