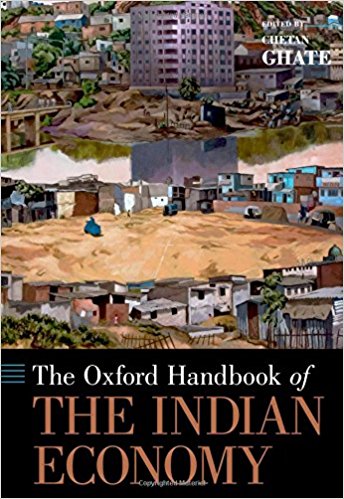 This handbook deals with a wide range of India’s economic development experiences on poverty, industrialization, displacement, demography, institutional reforms, macroeconomic reforms, sectoral reforms and issues related to globalization, besides giving a sketch of India’s development experience at the macro-level both from colonial and post-Independence periods. A collection of thirty articles are placed under eight sections with an introduction. The author raises an important question: Why has the impressive economic growth in recent decades failed to control/reduce poverty, regional disparities and political instability? He has also made briefs on broad themes which show how the contributors have identified the problem areas in the post-reform period.

The first section, ‘India’s Historical Development’ gives a macro picture of development experiences from late eighteenth to the early twenty-first centuries. Tirthankar Roy captures how the European empire reinforced the globalization process through the capitalistic form of commodity trade, and foreign investment and labour migration have resulted in the increase of economic inequalities among the nations and peoples of the world from the late eighteenth to mid-twentieth centuries, in three phases.