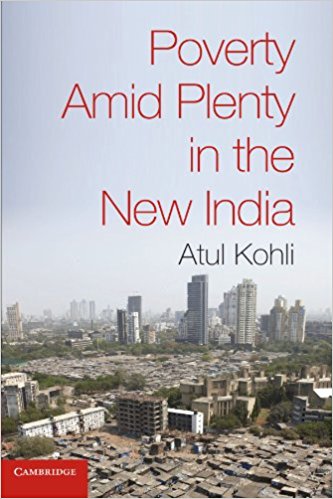 Atul Kohli’s book offers a comprehensive understanding of poverty in India from a political economy standpoint. It covers the growth story of India at the national and sub-national level in its entirety. Broadly divided into three chapters titled as ‘Political Change’, ‘State and Economy’ and ‘Regional Diversity’ the book’s strength lies in its clarity of thought and expression complemented by the use of simple and lucid language.

The central theme of the book is that the pro-business orientation of the Indian State in contemporary times has led to rapid progression at the apex on one hand and exclusion of a large mass of people from the economy and the polity on the other.