Inclusive Citizenship and the Calling of Transformations 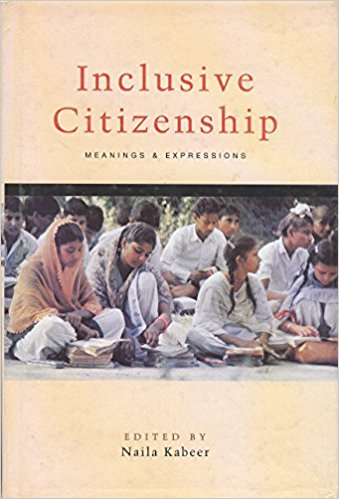 Inclusive Citizenship and the Calling of Transformations
by Naila Kabeer , , pp.,
September 2006, volume 30, No 9

Realization of creative possiblities in citizenship is an imporant part of the emancipatory politics of modernity but citizenship in itself as it is tied to the bounded logic of the nation-state in modernity is as much exclusionary as it is emancipatory. The story of citizenship in the modern world is thus a story of struggle to expand its realm to include previously excluded groups—slaves, women, and varieties of racial, religous, ethnic and colonized others. Now this project of expansion is also confronted with a challenge of foundational deepening and broadening, for example, realizing citizenship not only as a political project but also as a multidimensional project of being and social becoming—political, moral and spiritual. The present book offers an invitation to some new horizons of citizenship. This emerges in Naila Kabeer´s insightful introduction, and several contributions, especially that of Evelina Dagnino. In her article on Brazil, “‘We all have rights, but’: Contesting Concepts of Citizenship in Brazil” Dagnino tells us how the struggle for citizenship is a “struggle for a new sociability”: