In Search Of Strategic Stability 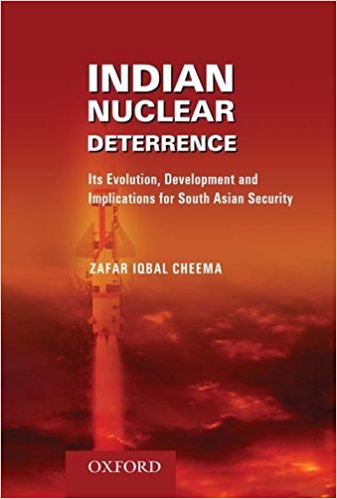 This book began in the 1980s and was almost ready in 1991, under the title Indian Nuclear Strategy. Such a book would probably have been a bestseller, suggesting to the Indian public that India had a nuclear strategy in the years when the Prime Minister was famous for his quote that not giving a decision is also a decision. The author says that in the earlier version he predicted that India would go nuclear by the end of the century —that India had even in the early 1950s decided that nuclear weapons were worth having, as an adjunct to global power and prestige—that India (and Nehru) aspired to. Of course there are many Indian analysts who have similar, but not exact, theories. Like for instance, Homi Bhabha created a nuclear programme that ‘kept the option open’ is hardly likely to raise any eyebrows in India.

But Cheema in an interesting Pakistani perspective puts forward the theory that making a reprocessing plant ‘at great speed’ was indicative of the bomb intent as early as 1960. He believes that the Trombay reprocessing plant could be believed to be for civilian purposes, only in the late seventies, when work on an experimental fast breeder began. So what did India need plutonium for in the early sixties, if not for accumulating fissile material that eventually went into the ‘device’ exploded in 1974? To buttress his claims are a number of US government analyses, made by the CIA, and declassified in the late eighties, that spoke of US concerns that India was working on a bomb. These references are important, and not seen in India earlier.