In Search of Secularization of Civil Society and Alternative Politics 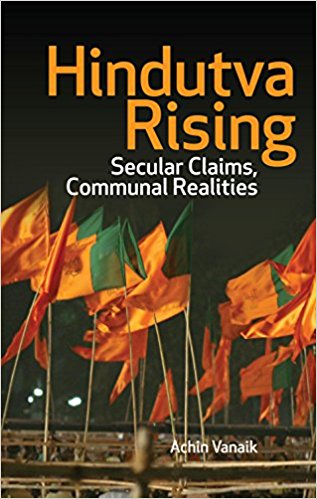 There is no doubt that Hindutva politics has established its dominance in the vast terrain of Indian politics, particularly post-2014 general elections. Its dominance is not just limited to the political victories, but the Sangh Parivar has created acceptability and respectability in different social spheres. In the book under review, Hindutva Rising: Secular Claims, Communal Realities, the author Achin Vanaik has presented an insightful analysis of the different facets of Hindutva politics and dilemmas associated with the theory and practice of the concept of secularism, secular state and secularization. Vanaik not only persuasively argues for an alternative Left politics to counter communal politics and neoliberal policies, he also discerns many complex issues like Marxist analysis of religion, fascist elements in Sangh politics and the shallowness of Congress politics against communalism. Indeed this book is an extension of Vanaik’s earlier work The Furies of Indian Communalism (1997). The author has not only followed the same framework presented in the earlier book, but has also revised many chapters and added a new chapter to explore the events related to the emergence of the Right Wing in the second decade of the twenty-first century.