In Search of Aurobindo 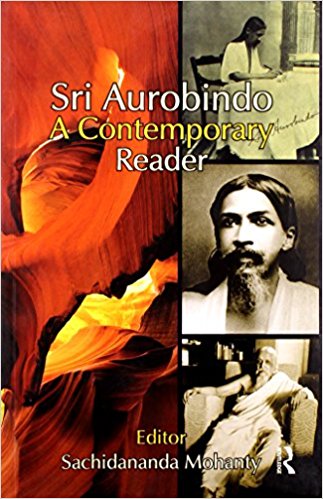 Sachidananda Mohanty’s compilation, so far as I am aware, is the fifth such work to be published in the space of the last thirty years or so. Of these, the earliest to arrive was the compilation of Manoj Das (1972) followed by those of Peter Heehs (1998, 2005) and Makarand Paranjape (1999). While all these compilations seek to bring out the contemporary relevance of Sri Aurobindo one way or another, this is perhaps most explicit in the work under review. Mohanty’s enterprise is born of the belief that in Sri Aurobindo one finds both prophecy and cultural criticism related to issues that are of pressing public concern today. This includes an emphatic support to the idea of freedom in all human enterprise, firm opposition to all totalizing ideologies or forms of government and meaningful efforts at realizing or recovering our subjectivities and deeper selves. Prima facie, there is considerable merit in these claims although contemporizing a figure like Aurobindo, as I shall presently argue, is also fraught with certain hermeneutic difficulties.

Mohanty’s anthology is primarily based on four major works of Sri Aurobindo. Most of these writings originally appeared in the journal Arya but were subsequently also brought out as independent volumes. These are, The Ideal of Human Unity (1914–18), The Human Cycle (1916–18), War and Self-Determination (1914–18) and The Foundations of Indian Culture (1918–21). Added to these are selections from a miscellany titled Autobiographical Notes and Other Writings of Historical Interest, pertaining to the years 1940–1950 but published by the Aurobindo Ashram only recently. The last is relatively less known but will be special interest to historians. Interestingly enough, one gathers that contrary to the position taken by the Indian National Congress, Sri Aurobindo was prepared to accept Dominion Status offered by Sir Stafford Cripps. However, there was less disagreement between the two over opposing totalitarian regimes in both Nazi Germany and Bolshevik Russia. Towards the end of the book (p. 221), Mohanty also includes an excerpt from Aurobindo dating back to 1950, wherein he warns his countrymen about impending Chinese aggression in Tibet and elsewhere and suggests that this be effectively met by enlisting American support. Reportedly, the document was shown to President John F. Kennedy, much to the latter’s astonishment. That he continued to react to important political issues down to the year of his death dispels the notion of Sri Aurobindo as a recluse and also rules out a rigid separation of the spiritual soul from the politically sensitive thinker and citizen. Understandably, excerpts chosen from the other three sources are less explicit or straightforward in their message, engaged as these are with abstract philosophical and cultural concepts. Some scholars and critics have also had reason to complain about the opacity of Aurobindo’s prose, couched as it is in somewhat archaic though evocative language. Even so, a careful scrutiny of these writings will reveal several interesting insights on a wide range of subjects such as war, multiculturalism, self-determination, conflict-resolution but above all, explorations in the cultural and spiritual identities of India. What struck me as particularly insightful was the idea that human understanding could occur at multiple levels, of which the rational-intellectual was but only one. Apparently, Sri Aurobindo assigned to each of these a certain autonomy and justification while also hinting at their constructive intermingling. I take it that it is this that allowed him to develop the idea of the spiritual as different from that which was largely intellectual and suggest the spiritualization of politics, though that, sadly, has been misinterpreted and read out of context by many.