In Quest of a Hero? 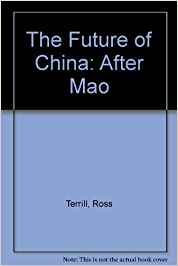 Nobody ever thinks of writing a book on ‘America After Carter’ or ‘Britain After Margaret Thatcher’. But books ·and articles on ‘Post-Nehru India’, and ‘China After Mao’ abound. Why? Is it that America and Britain are crisis-free societies? Obviously not; they have been visibly moving from crisis to crisis. But a change of leadership there does not seem to make much difference. In contrast, in Third World societies, leaders play enor­mously important roles.