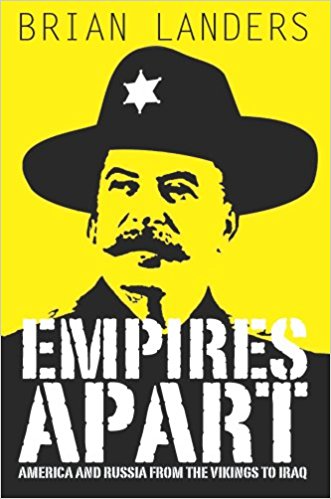 For most of the twentieth century, two countries dominated the scene: the United States and Russia (till 1991 as the erstwhile Soviet Union). Students of mod-ern history, political science and international relations, and indeed people more generally, are well aware of the ideological rivalry bet-ween communism and liberal capitalism which the Soviet Union and the US represented, and its manifold effects on the rest of the world. Korea, Vietnam, Afghanistan are some exam-ples of the latter that come to mind, where overtly or covertly, both played out their rival-ry. In effect, one would think that these two countries, representing two extreme poles of ideology, were as chalk and cheese.

However, that might not be the case. In an interesting take on the two behemoths, Empires Apart: America and Russia from the Vikings to Iraq seeks to dispel this notion. The author, Brian Landers, works with an interes-ting premise that there is much in common in the way the US and Russia evolved over the last five-odd centuries. That both were ‘impe-rial’ in the way they perceived themselves. And that if one compares the histories of both, one will find not only a parallel trajectory, but also significant similarities in how they took up the agenda of nation and identity creation.