In Defence of the Liberal Vision 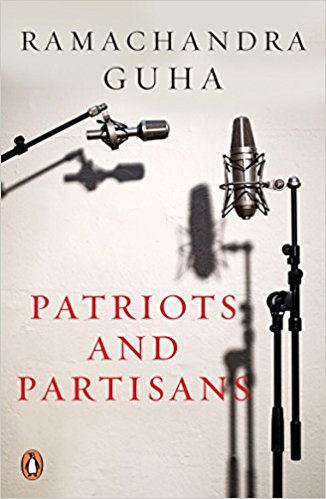 In Defence of the Liberal Vision
Amar Farooqui
PATRIOTS AND PARTISANS by Ramchandra Guha Allen Lane an Imprint of Penguin Books, 2013, 334 pp., 699
September 2013, volume 37, No 9

This volume is a collection of fifteen essays on a bewildering array of themes, which range from a gossipy piece on factional feuds at the Nehru Memorial Museum and Library to a profound reflection on the state of universities in India. Perhaps the most absorbing among them is the charming vignette of a precious Bangalore institution, the Premier Bookshop, which sadly is no more.

Established in 1970 by T.S. Shanbag, nephew of the late T.N. Shanbag (Strand Book Stall, Mumbai), it folded up a few years back. The untidy orderliness of its display was reminiscent of Rama Krishna and Sons (originally of Lahore) whose shop in Connaught Place in Delhi was on the verge of closure just around the time that Premier’s was coming into its own. At a time when booksellers of the knowledgeable and cultured kind that T.S. Shanbag represented have virtually disappeared, his decision to retire is indeed a matter of regret. Nevertheless, as Guha observes, it was a retirement that was well-earned and Shanbag was fully entitled to it having ‘carried out his calling with pride and dignity for four decades’. In a similar nostalgic vein is the tribute to Krishna Raj, a man of great charm, grace and erudition.