In a Heroic Vein 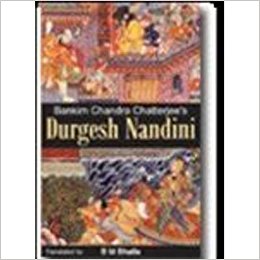 Ever since he arrived on the literary scene in the second half of the nineteenth century, Bankim Chandra Chatterjee has never been out of the news, for the right or wrong reasons. His critics accuse him of historical inaccuracy, cultural stereotyping, communal prejudice and romantic escapism. The lyrics of Vande Mataram continue to spark political controversy. Yet his place in the world of letters remains indisputable, and his defining role in the emergence of modern Indian literature is impossible to ignore. The recent spurt of new English translations of Bankim’s fiction reaffirms this centrality. The Bankimchandra Omnibus Vol. 1 (Penguin India), Julius Lipner’s translation of Anandamath (OUP) and Gautam Chakravarty’s translation of Kapalkundala (The Book Review Literary Trust) were all published in 2005.

These translations by diverse hands testify to Bankim’s continued popularity among readers, even those not versed in Bengali. They also demonstrate the range of interpretations to which Bankim’s works remain open, and the widely varying registers in which his texts may be translated. Brij Mohan Bhalla’s translation of Durgesh Nandini may be read as part of this trend, for it exhibits both the possibilities and potential pitfalls of re-presenting an older text to an audience that belongs to a different time, language and social milieu.

Durgesh Nandini created an instant impact when it first appeared in 1865. Romesh Chander Dutta declared: ‘it was as if a new light flashed all of a sudden across the firmament of Bengali Literature. . . Bengalis realized that a new era had begun, a new spirit had been born, new ideas and new fancies had appeared in literature with Bankim Chandra at the helm.’ Set in the times when Akbar was consolidating the Mughal empire while the Pathans fought to retain their dominance over Orissa, the novel has an intricate plot that intertwines several romantic adventures, spanning three generations. The ascetic Abhiramswami’s youthful promiscuity in the past generates complications that lend the plot much of its element of mystery. In the next generation, the hidden relationship of Bimala and Virendra Singh unfolds a story of passion, secrecy, pain and loyalty. These earlier narratives provide the background for the youthful romance of Jagat Singh, prince of Amber, and Tilottama, daughter of the chieftain of Mandaran. Woven into this tale of adventure, passion and intrigue are the lives of Usman, the valiant Pathan who becomes Jagat Singh’s alter ego, and Ayesha, the tragic female figure whose poignant, unrequited love haunts the second half of the novel.

In Bankim’s characteristic style, the swift-moving plot piles event upon event in a breathtaking sequence. So dramatic are the developments, so brilliant the narrative’s flow, the reader scarcely has time to notice that many of the happenings are improbable, the coincidences unrealistic, and most of the characters are static and unchanging, hardly any of them endowed with an inner life. History blends with fantasy in the construction of character and incident, for Bankim took liberties with historical fact to suit his own literary purposes. Most commentators place the novel in the realm of historical romance, in the tradition of Walter Scott’s Ivanhoe, though Bankim claimed not to have read Scott’s novel when he wrote his own masterpiece. But Bankim also drew upon classical Indian sources, especially in his use of the heroic tradition, his descriptions of female beauty, his portrayal of the lovelorn Tilottama, and his incorporation of signs and portents signifying the future. What emerges is a narrative that underscores the link between the individual and society, the ways in which larger historical trends impact upon specific personal lives. Love, hate, jealousy, sacrifice, valour—all the grand passions are there in a telling measure in this colourful tale.

Although it was not without predecessors—Bhudev Mukhopadhyaya’s Anguri Binimoy (1857), Pyarichand Mitra’s Alaler Gharer Dulal (1858) and Kaliprasanna Sinha’s Hutom Pyanchar Naksha (1862)—it was Durgesh Nandini, along with Bankim’s next novel Kapalakundala, that established the Bengali novel on the Indian literary map. Coming after Bankim’s English novel Rajmohan’s Wife (1864), Durgesh Nandini also demonstrated that it was possible to create a successful novel in a modern Indian language such as Bengali. This early work paved the way not only for Bankim’s later masterpieces, but also for future developments of the novel genre in the hands of his literary successors Rabindranath Tagore and Saratchandra Chatterjee.

Given the historical importance of Durgesh Nandini, it was therefore with a lot of expectation that this reviewer approached the present translation. Would this translation attempt to revive the old-world charm of a bygone era (for, as a nineteenth century account of a sixteenth century tale, this text is twice removed from us in time)? Or would it emphasize the text’s significance for readers of our times? In the Introduction, translator B.M. Bhalla claims both options. He provides the historical context for the narrative but also underscores the modern vision of this nineteenth century text. ‘Bankim Chandra thus presents a vision which rejects narrow divisions, prejudices and discriminations based on religion, caste and sex. . . . This is the vision of modern India. Durgesh Nandini, though located in medieval India and written in the second half of the nineteenth century, is a work of great contemporary relevance’ (p. 15). To keep the flavour of an old text while demonstrating its ‘modern’ qualities poses a difficult challenge for any translator, a challenge that this translation attempts to meet but with mixed success.

The translator adheres faithfully to the extraordinarily symmetrical two-part structure of the original, chapter headings and all. For the most part, the translation is also able to sustain the pace of the Bengali narrative. Unfortunately though, despite sincere efforts at fidelity, Bhalla’s translation falls short of approximating the spirit of the original. Bankim’s Sanskritized, ornate prose is of course a stumbling block for any translator who wants to make his language accessible to twenty-first century readers.

The task is complicated by the presence of different styles and registers of language within the same text, for Bankim here draws upon classical and romance conventions even as he experiments with a style of his own. He also combines features of the novel genre, imported from Europe, with elements of the Indian heroic tradition. The text is thus heterogeneous in more ways than one, and poses special problems for the translator.

One wonders, though, why the translator has chosen to make two words of the title, when the original single-word title Durgeshnandini would have done well enough. It is also difficult to ignore the awkwardness of expression we frequently encounter in this translation. One of the best-known passages in Durgesh Nandini is the description of Ayesha’s beauty, in contrast with Tilottama’s and Bimala’s. In the translation, little of the original magic remains: ‘Ayesha’s beauty was like the blooming of the lotus in the morning, nectar filled, neither modestly contracting nor moistureless, comely and bright, bursting in smiles.’ In contrast, ‘Bimala’s beauty shed the light of an earthen lamp, somewhat dim, wanting oil, though sufficient enough for domestic use’ (p. 127). Elsewhere, the translation falters in its account of night-time revelry: ‘The bright girl was the object of Katlu Khan’s eager eyes. She too was firing his bosom with her side glances’ (p. 208). And a few lines later, the reader must grapple with the unwieldy and confusing syntax of: ‘But who would tell Katlu Khan that these dagger-like side glances that pierced his heart were fine but what about the other dagger?’ (p. 208). Such passages in the translation reduce the brilliance of Bankim’s prose to near-bathos.

It is unfair, though, to regard the original text as the sole touchstone in judging a translation. Instead of using fidelity as the main criterion, it is perhaps more productive to consider how a translation reads as a text in its own right, intended primarily for readers who cannot access the source language. By this measure, also, this translation works only up to a point. If it does not always capture the intricacies of Bankim’s style, it does succeed in maintaining a clear story-line and a gripping, fast-moving narrative. But unfortunate grammatical lapses tend to mar an otherwise lucid translation, with expressions like: ‘he jumped down his horse’ (p. 20); or, ‘[a] fair damsel was lustily applying comb to her lush hair’ (p. 185).

Lapses are inevitable, of course, for that is the way with translations. The perfect translation is a chimera, and the attempt to achieve it a self-defeating enterprise. In place of sterile perfectionism, it is more meaningful for a translator to set clear objectives regarding the purpose of the translation and its intended effects upon the target readership. For in a world increasingly in need of reconnecting with the past and with languages/cultures other than one’s own, the very act of translating remains a significant gesture beyond the merely literary. Translating Bankim for twenty-first century readers is a courageous venture that must be understood and appreciated in this special sense.

Radha Chakravarty is a translator and an academic. Her latest book is Feminism and Contemporary Women Writers: Rethinking Subjectivity (Routledge, 2008).