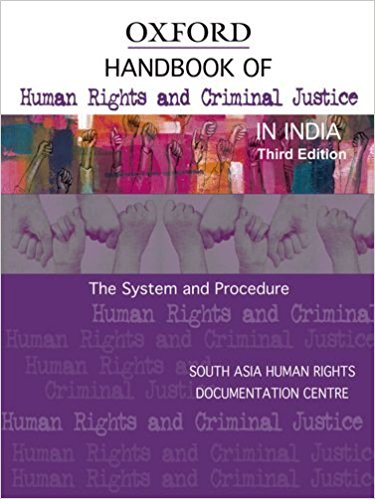 To bring out a handbook on the criminal justice system is in itself an ambitious task. Trying to combine it with human rights borders on the daring. However, the volume does manage to give an overall idea of the criminal justice delivery system taking us through the various steps from the filing of a first information report (FIR) and investigation to trial. In addition there are chapters on bail and detention from a human rights perspective. Addressing real life situations faced by persons harassed day in and day out by the criminal justice system and who are predominantly from the lower socio-economic sections of society would have added greatly to the volume. The chapter on lodging of FIR does mention that in case the police refuse to register it, then the complaint can be sent to the Superintendent of Police. However, it fails to engage with the reality that the SP rarely takes any action in terms of registration and investigation on complaints sent directly to him. Interpretation plays a vital role in law. In the context of human rights an interpretation which favours citizens, reducing the arbitrary power of the police is to be preferred over others. The Criminal Procedure Code (Section 154) makes it mandatory for a police officer to register an FIR on information being given about the commission of a cognizable offence.