How A Dispute Was Manufactured 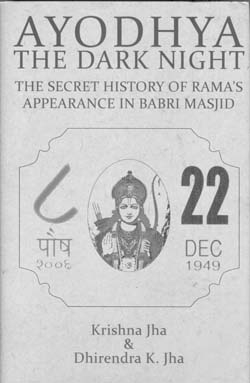 The story of the demolition of the Babri Masjid is fairly well known. The sordid tale of the original conspiracy to make that now extinct historical monument the focus of Right Wing political mobilization soon after Independence is not as well known. In fact few have bothered to acquaint themselves with the details of the incidents of December 1949 whereby a relatively obscure fifteenth century religious structure was sought to be converted into a potent political symbol. At one level the attempt to appropriate the mosque could be seen as the outcome of a minor property dispute, which is how to this day it is represented in courts of law.