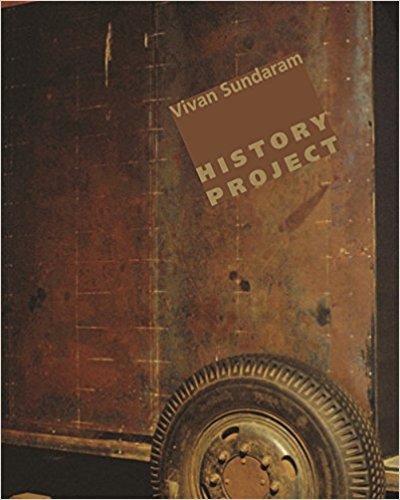 In 1998, commemorating fifty years of India’s Independence (1947–97), artist Vivan Sundaram installed a year-long site-specific project at the Durbar Hall of Victoria Memorial Museum in Calcutta, calling it a Journey Towards Freedom: Modern Bengal, which was subsequently re-christened as the History Project. Almost twenty years later, under this latter name—that according to art critic Geeta Kapur ‘subsum[ed] yet retain[ed] the central reference to “modern Bengal”’ (p. 95)—Tulika Books has brought out a handsome edition that chronicles Sundaram’s undertaking of this ‘huge production’ (p. 56). Huge—perhaps the largest of its kind in contemporary India—not only in terms of the space the installation occupied (for instance, the cast iron gate itself measured 103.6 x 74 feet; an iron container standing in as a goods coach was 18 x 7 x 7 feet; open metal shelves were 36 x 8 feet; 200 stacked bags rose up to 20 feet and spread 20 feet wide through several rows) but also notably in mobilizing collective action that had to be sought in the process of its production.