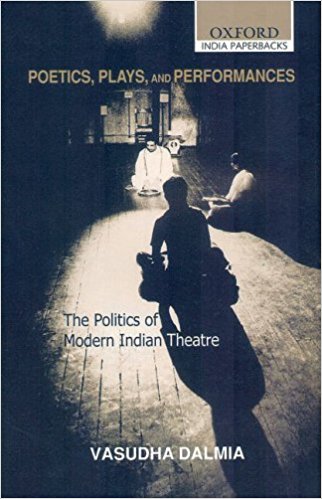 There are two problems with ‘Indian theatre’. One is that it is theatre. The other is that it is Indian. This has curious implications for the scholar. Of all the arts, theatre has resisted mechanical – and now digital – reproduction the most. In this, it is not only the very opposite of cinema, the quintessential mass art of the industrial age, but even the plastic arts and music have adapted to the industrial age rather well. Dan Brown’s Da Vinci Code is a runaway bestseller, even though only a tiny fraction of its readers would have seen Leonardo’s works in the original, because the mass reproduction of the paintings makes it possible for us to follow the clues in the novel.Theatre has resisted this tendency. Maybe this has to do with the rise of cinema. As a result, more people are likely to have seen, say, Kurosawa’s Throne of Blood or Vishal Bhardwaj’s Maqbool than to have seen Macbeth staged in a theatre. Over the past three or four years, some stage performances have been shot on video in Maharashtra, but this is still limited to Marathi. And, to date, despite the boom, while television broadcasts all kinds of things –cookery classes, spiritual mumbo jumbo, page three parties, fashion shows, religious festivals, etc. – I am yet to hear of a theatrical performance being broadcast. Naseeruddin Shah, in other words, is no competition to Baba Ramdev. Plays are, of course, published. But certain plays and playwrights get published sooner than others.