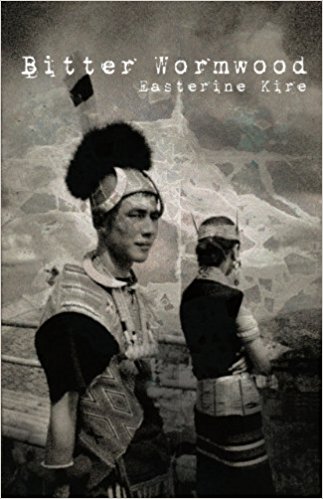 The protracted Naga problem has been a much debated topic in the political sphere, yet very little has found its way into the literary realm. It is only in recent times that a new interest has developed in the projection of the Naga issue in fiction. Mention may be made here of Birendra Kumar Bhattacharyya’s novel Love in the Time of Insurgency (Katha, 2005, translated by the author from his Asamese version Iyaruingam published in1960), Temsula Ao’s short story collection These Hills Called Home: Stories from a War Zone (2006) and A Terrible Matriarchy (2006), a novel by Easterine Kire (formerly Iralu) besides others. There was a quite notable anticipation when Bitter Wormwood was released not so much because it was meant to cover the much talked about Naga struggle for independence, but on how Easterine might project the whole conflict.