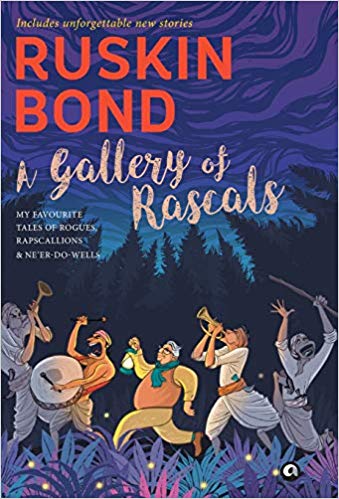 To read Ruskin Bond’s fiction is to feel the transforming Indian society post-Independence, combined with the inimitable knack of storytelling with which Bond characterizes daily life in a small town. An astute observer, Bond paints a vivid picture of the overlooked sections of the society, while maintaining a leisurely pace with attention to minute details, which reminds the reader of RK Narayan. The short volume contains thirty stories about disreputable and morally suspect characters, as the title suggests. Admittedly, villainous characters are always more interesting than the ones who take the straight and narrow road and the villainy portrayed in the tales is mostly lighthearted. Some of the stories deal with serious themes, while others are hilariously funny crime tales. In ‘A Man Called Brain’, Bond portrays a self-obsessed sybarite doomed to a lonely existence with fast approaching old age-painting an evocative picture of pre-Independence India with round cigarette tins and bullock carts. In ‘Sher Singh and the Hot-water Bottle’, a distiller is able to drive a wedge in the orderly society around him by concocting large quantities of forbidden liquor which is enthusiastically consumed by the bored residents of the hillside. There seems to be a common theme of aging and decay in some of the more serious stories like ‘Strychnine in the Cognac’ and ‘A Case for Inspector Lal’. Although he professes to be unlike Dostoyevsky in his bid to define the motivations behind a crime, the subject of criminal responsibility is dealt with, albeit always tinged with Bond’s characteristic humour. Can criminality be justified in certain circumstances? This moral conundrum is taken by a conscientious policeman Inspector Lal, whose emotions get in the way of his duty when a known child trafficker is found murdered in her house. Such nuanced tales like ‘Susanna’s Seven Husbands’ and ‘A Job Well Done’, deal with the duality of conventional morality and the very tough choices that an individual has to make in order to survive.