From the Pen of a General 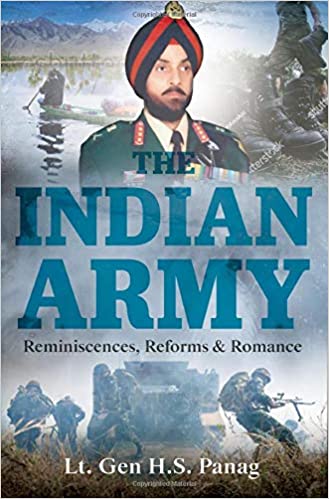 Lt Gen HS Panag writes that having commanded two armies, the northern and central army, he had over six lakh troops under him at some point or the other. Most of them may have seen the badge he wore on his uniform since his colonel days that read: ‘Don’t do anything that I don’t do. Do like me, do better than me and do it now!’ This was his command philosophy, arrived at through inspiration from his father, a redoubtable colonel, and with experience since his National Defence Academy days as Academy Cadet Adjutant.

The leadership example of Panag accounted for his fearsome professional reputation across the service. He was known to challenge youngsters visiting his office to pushups and reputedly often came out ahead. He writes of winning his spurs with the soldiery when on a long-range patrol he lugged the heaviest load–the wheat sack–all the way. On reaching back, they carried him on their shoulders into the camp. This distinguishes military officers from the other professions, implying that not only must officers have brains but also brawn. Panag in his book brings out the brains aspect equally dexterously. He is said to have boasted on having read some three thousand books while in service, no mean feat considering soldiering is not an idyllic sojourn.