First Bengali Novel by a Woman 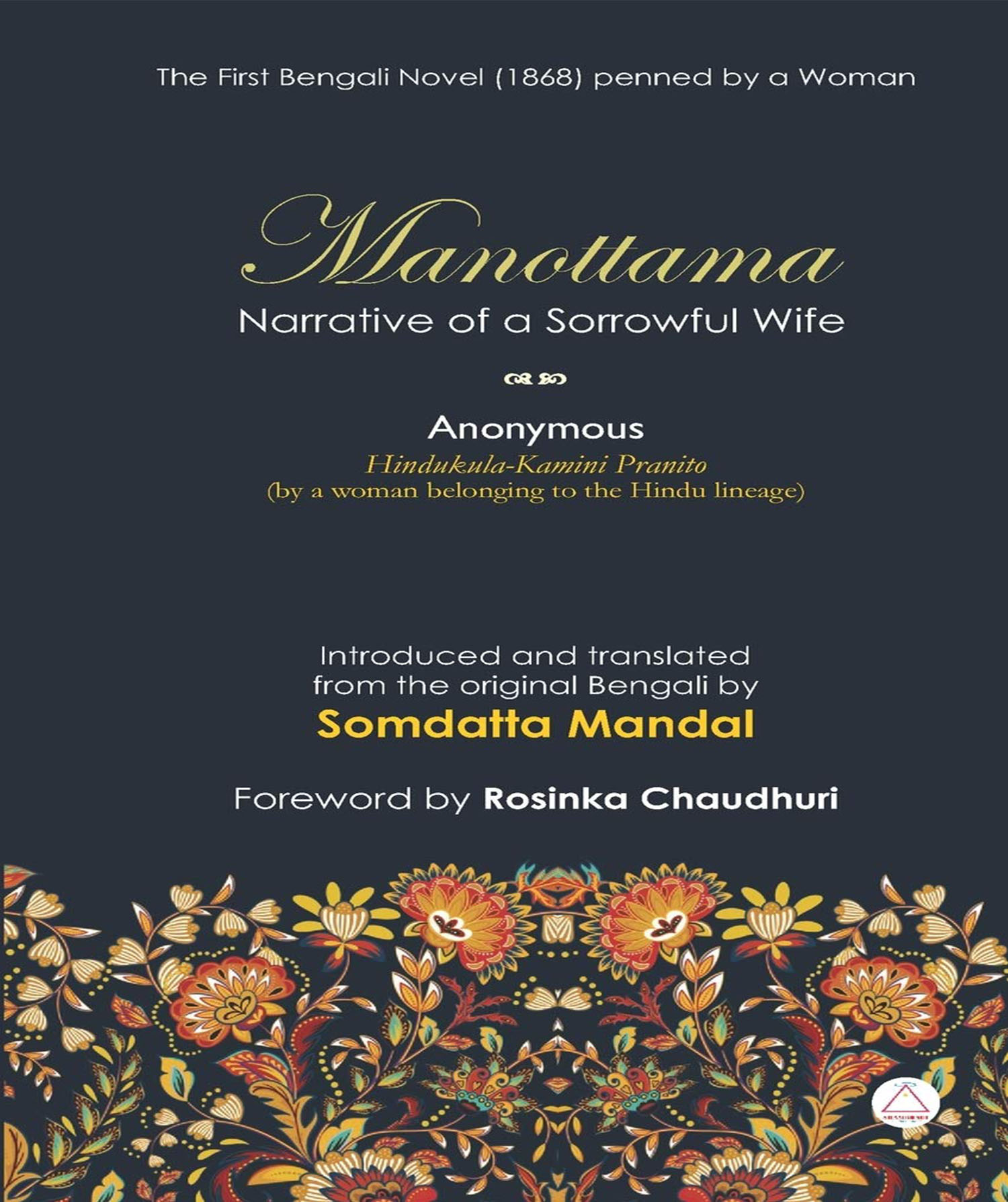 Women’s education was an important subject in nineteenth century Bengal’s intellectual circles. Many early Bengali novels had an educated man marrying an uneducated woman, and then educating her. In Manottama, the plot is reversed—an educated girl marries an older, uneducated man, and tries to educate him, with no success.  The short novella, of about 13000 words, is a didactic piece about the importance of educating a woman.

It ends with the words ‘End of the first section’, clearly indicating that the author planned to continue the story, but no such text has been located. The novella, first published in Calcutta in 1868, does not carry the writer’s name; the author describes herself (or himself?) as ‘Hindukula Kamini’ (a woman of Hindu lineage).

The novella begins with Madhav narrating ‘a historical tale’ to his friend Jadhav; by calling it ‘historical’, the writer attempts to indicate its facticity. Nilabrata is an uneducated businessman who would squander away his money, so no one wants to marry him. His late father’s friend Yogananda offers his daughter Manottama.