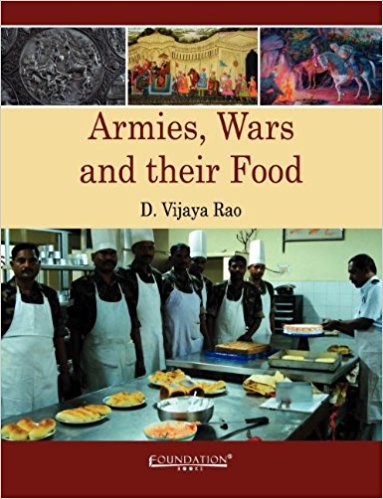 Napoleon Bonaparte remarked that an army marches on its stomach. Military history bears several examples of how lack of food and fodder resulted in the disintegration of victorious armies. Napoleon’s Grande Armee disintegrated while approaching Moscow in the winter of 1812 due to lack of food and fodder for men and horses. And Hitler’s Sixth Army at Stalingrad had to surrender to the Soviets in January 1943 because the former’s supply line was severed. In the massive volume under review, D. Vijaya Rao, a scientist at the Defence Food Research Laboratory in Mysore chalks out the relationship between military manpower, combat and food supply in the context of India. Rao taking a longue duree perspective starts from the very dawn of civilization in South Asia and brings the story till recent date.