Eyes of Women and Lens of Feminism 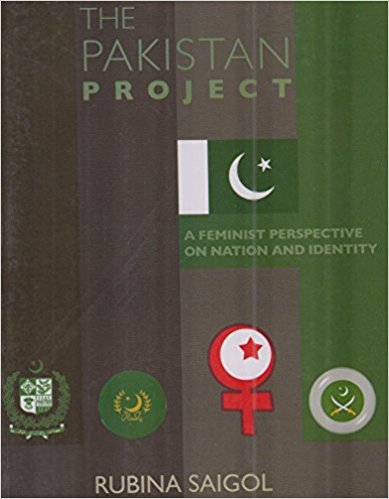 Eyes of Women and Lens of Feminism
Anuradha Chenoy
THE PAKISTAN PROJECT: A FEMINIST PERSPECTIVE ON NATION AND IDENTITY by Rubina Saigol Women Unlimited, 2013, 357 pp., 650
June 2013, volume 37, No 6

The feminist perspective of Pakistan is one that recognizes and explains how a nation is created through the intersection of ideologies and structures of patriarchy and how these mould the identities as well as relations between genders, between people and communities. It also links the issues of relations with material structures and modes of development. It understands how the other is constructed and perceived. It rejects the understanding that the other should not be tolerated or that force should be used to control and subjugate the other— whether it is the other gender, the other religion, or other community. This book by Rubina Saigol is imbued with such an understanding and deals with such intersections.

Saigol’s feminist perspective of a nation—in this case Pakistan begins with knowing that the founders of the Pakistani nation like Jinnah were part of the Indian nationalist movement until the hegemonic impulse of the Congress Party politics at critical junctures excluded other political formations, representing smaller communities, in this case the Muslims.