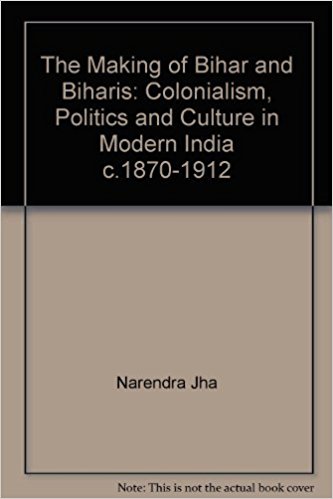 Arguably not many works of history on modern Bihar were published earlier with the exception of Arvind N. Das’s Agrarian Unrest (Delhi: Manohar, 1983) and Vinita Damodaran’s Broken Promises (Delhi: OUP, 1992), the well-researched three-volume work of K.K. Datta, Freedom Movement in Bihar (1957), and the multi-volume compilation of essays in the Comprehensive History of Bihar (1976). Subsequently many more works came up, notably from the K.P. Jaiswal Research Institute, housed in the Patna Museum, which also, for long, brought out the empirically rich and very rigorously refereed Journal of Bihar Research Society. Recently however, there are new arrivals from various influential publishing houses. The good work of Papiya Ghosh (1953-2006) on late-colonial (and postcolonial/Independence) Bihar, have been posthumously published by Routledge, whereas Oxford University Press has collected some of the best of her essays. Hitendra Patel’s Communalism and Intelligentsia: Shaping Caste, Community and Nationhood in Bihar, 1870-1930 (Hyderabad: Orient BlackSwan, 2011) and Lata Singh’s Popular Translations of Nationalism in Bihar, 1920-22 (Delhi: Primus, 2012) have made significant additions to our knowledge on colonialism, nationalism, and communalism in this part of India; a chapter by Lata Singh has demonstrated how the lower bureaucracy (the police constables) was also contributing to the freedom struggle, rather than defending the Raj.