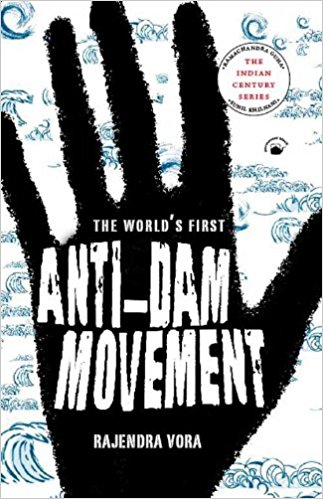 Western India was expe-riencing unforeseen changes in its economic and political scene during the years subsequent to the First World War. The textile mills in Bombay and Ahmedabad were trying to increase their production following a decline of imports from England and the decline in production from local handlooms. On the political front, Gandhi had risen as the major leader of the nationalist movement, ousting Bal Gangadhar Tilak. Other important changes included the awakening of lower caste groups in politics, in particular, the non-brahmins whose movement coincided with the Home Rule movement started a few years earlier by Annie Besant. Rajendra Vora’s book, The World’s First Anti-Dam Movement, provides a close account of the micro-politics over water at this critical historical juncture in India.

In the process, it illuminates complex aspects of Indian politics such as urban-rural clashes in leadership, caste interests in politics, the patronization of the nationalist movement by big business houses and the ruthless use of legal instruments to acquire land from poor peasants. The world’s first anti-dam movement is the Mulshi satyagraha, a popular and nonviolent civil disobedience movement led by primarily lower caste leaders against a hydro-electric project in Mulshi Peta in Maharashtra. The movement took place in an area of rainfed rice farming villages which had no other means of livelihood, villages that were difficult to access during the monsoons by its 25,000 or so inhabitants, villages where predominantly the lower castes made a living with their low literacy and high indebtedness. Placed within this local canvas, the book straddles the geographical scale and connects the anti-dam politics with the politics that was being played out by bigger actors at the national level in the country. Vora not only contextualizes Mulshi in the politics of its time but, in the process, he also pin-points the roots of the contemporary discontent over water and river control projects and acquisition of land from poor and ill-equipped peasants through the use of an ill-conceived legal instrument in the name of a vague term ‘greater common good’.