Enigma of the Bollywood Cult 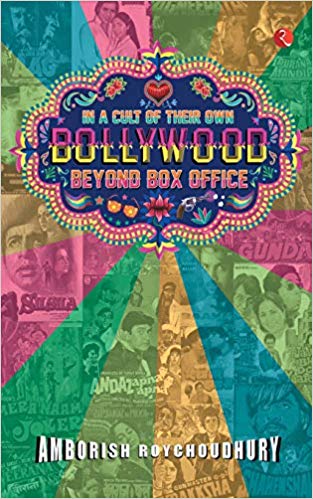 Here is an example of a filmy situation where a simple logic resolves a complex situation: ‘Mantri: Ye kanch bulletproof hai tum mujhe chu bhi nahin sakte (This glass is bullet-proof. You can’t even touch me). Prabhuji thinks for a moment and then smiles: Ye kanch bulletproof hai magar patthhar proof nahin. (This glass is bullet-proof, but not stone-proof). And he breaks it by throwing stones on the glass and then shoots the guy!’ The Prabhuji cult grew around Mithun Chakraborty. How does one describe such imagery in commercial Hindi cinema? Funny? Atrocious? Stupid?

In his famous Convocation address at The Film and Television Institute of India, Pune (1974), Satyajit Ray said, ‘For me, in those days, the term “commercial” held no overtones of stigma. It only helped to define an economic axiom: since a film cost a good deal of money to make, it had to be seen by a great number of people for the money to be recovered… I had my definition of a bad film: it was a film which failed to achieve its objective. It follows that a good film was one which succeeded. This definition covered the full spectrum of films, from the most frivolous to the most solemn.’

Where do the Bollywood films, covered in the book under review, fall within the range defined above? Of over two dozen films discussed, spanning half a century, from 1959 to 2008, some are frivolous, a few not so, but except perhaps one or two, none belongs to the ‘solemn’ category. But the interesting aspect of the book is that many of these films failed in the box-office when released, but in course of time acquired, as described by the author, a kind of cult status. Why did films that had failed initially to achieve their objective gather steam later? Were these films ahead of their time? Have public tastes changed in between? This book seeks answers to these questions.