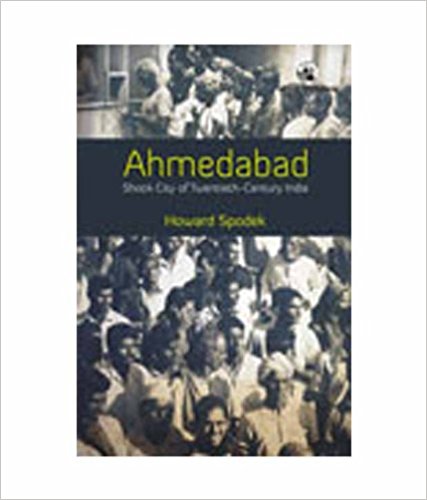 Howard Spodek is an old Gujarat hand, having written authoritative books on the modern history of Saurashtra, including Rulers, Merchants and Other Groups in the City-States of Saurashtra: India, Around 1800 (Philadelphia: Center for the Study of Federalism, Temple University, 1974/77). He is also a historian of global, and Indian, urban change. As the author informs us in the introduction to the book under review, he has visited Ahmedabad since 1964.

This book brings together Spodek’s long association with Ahmedabad, his familiarity with the ups and downs of the city, as well as his skill of encapsulating vast, definitive epochs of history. The analytical frame for the book is provided by Asa Briggs’s formulation of the ‘shock city’, a ‘centre of problems, particularly ethnic and social problems’, which provokes sharply differing reactions (p. 5). Designating Ahmedabad as the shock city of twentieth-century India, Spodek sees the city as being at the front lines of the problems of the nation. At the same time, in many arenas of industrial organization, institution building and political leadership, he also portrays Ahmedabad as being at the cutting edge.